7 Of The Best Viral Marketing Campaigns Our Top Viral Marketing Campaigns In The Social Media Era.

Great marketing campaigns didn’t begin with the internet age. As far back as the 1960’s and 70’s advertising agencies were turning out TV ads that would be watched and loved by millions of people around the world. The Coca Cola advert in which the song, “I’d like to buy the World a Coke” (Hilltop) was featured, was a hit seen in most countries of the world. In today’s terminology, this was viral! However, for an understanding true virtual marketing, we have to limit our assessment to campaigns of Facebook, YouTube and Twitter era. These three social media platforms are responsible for more advertisements going viral than any other. When we say “viral” what do we mean? The implication is that the marketing message spreads from person to person in much the same way as a biological or computer virus is propagated. A viral campaign is believed to be capable of delivering between 500 and 1,000 times more power than a non-viral one. Ultimately, the purpose is to widen the awareness of the vendor’s brand without having to pay for the distribution of that message. So why do certain messages go viral while others don’t? It is commonly acknowledged that the main ingredients of a viral advertising campaign include some of the following:

When these elements are combined in an advertising campaign, it could go from zero to be seen by global audiences of tens of millions in a very short space of time. Now with Facebook releasing their new advertising format, lead ads, you can also build huge email lists right inside of Facebook. Implement this advertising model in conjunction with a software called Connect Leads and you will be able to send your leads automatically to your CRM or email marketing system in real time. We recently reviewed this product, so if you would like to know more about using this strategy in your business, take a look at our Connect Leads review here.

You can also implement viral referral marketing in your business as well. Find out more and check out our UpViral review.

So here is our list of the seven best viral marketing campaigns of the social media era:

View as one page
previous Hobbies That Can Make You Money - How To Cash In Your Passion
next What Is Customer Engagement? How Can It Grow Your Business? 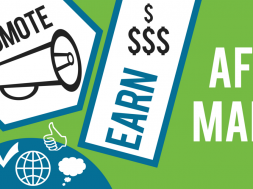 What Is Affiliate Marketing? – How To Get Started Guide